What are some ways to instantly become a Tang hipster? Is it a carefully trimmed, slightly warped beard? Or picture dimple, applique twinkle, make liugong fandai no color of the datang most fashionable makeup look? Wait, in the Daming Palace, who could be more fashionable than a saint? How about holding up a fan, wearing a mask and twitching a "sage's edict" between your fingers? He gives me orders as follows: "Please give me orders for you both at home and abroad." All of a sudden you're the coolest palace hipster.

Notes of the Seventeen Emperors


Tang Tang, with a long history and origin in Tang Dynasty and Song Dynasty, is the most important restaurant in Eastern aesthetic life and a five-consciousness experience in the spirit of tea party culture. Today, we combine the modern pastry making techniques of the East and the West to create a "Palace Tasting" by hiding the theme of Daming Palace in the four Tang Tang sweets. 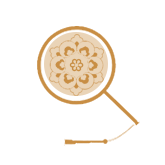